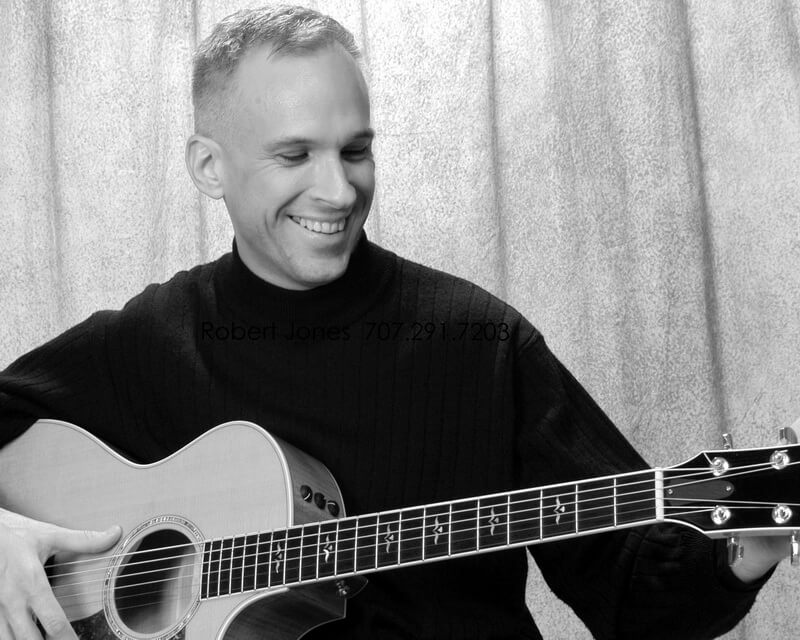 Music has always been at the forefront of my life. Born in Manhattan, New York City, my earliest musical influences include THE BEATLES. When I was about 4 my sister used to play RUBBER SOUL. ‘Til this day, I play my own version of NORWEGIAN WOOD.

My family relocated to Southern Spain where I lived until I was 17, becoming familiar with Spanish language and culture. Exposure to Flamenco & Classical Spanish guitarists such as PACO DE LUCIA influenced me in ways that can still be heard in my playing today.

By the age of 10, I began tinkering around with guitars. Friends showed me a few chords and I purchased a book to teach myself scales and songs, like SPANISH ROMANCE. That song helped me learn a finger-picking technique that I still use. At 13, I was finally able to purchase my very own guitar, a 12 string acoustic guitar that I still own.

I am a musician thanks to my friend dear Jose (Pepito) Triviño who taught me how to listen to music. He got me into PINK FLOYD, LED ZEPPELIN and DEEP PURPLE. Other friends turned me on to JIMI HENDRIX and SANTANA. Manuel Molina was a music major and a guitarist who gave me some free lessons. I’m indebted to him forever! He got me into progressive rock like KING CRIMSON, GENESIS, YES, and FRANK ZAPPA. I also began my lifetime passion for electric Jazz-Rock-Fusion groups.

At 17 I moved back to New York and got a real Gibson Les Paul electric guitar and a small Roland cube (a practice amp). I met my best friend, Arn Ashwood, an advertising creative director/copywriter, with a classical music background, who wrote commercial jingles. Arn taught me how to structure musical pieces. Eventually, I sold the Les Paul and acquired a Fender Stratocaster. I got hooked on Jazz-Rock-Fusion again when I saw MILES DAVIS who had a hot guitarist named MIKE STERN that really blew my socks off playing smoking Jazz riffs. Another “fusion” band that had a huge impact on my playing was THE DIXIE DREGS with guitarist Steve Morse, who blended Prog-Rock with Jazz-Fusion and Chicken Pickin’. I also returned to my musical roots and listened to Hard Rock bands like VAN HALEN and AC/DC.

By the end of the 1980s I relocated to California and began teaching guitar lessons in a local music store in Santa Rosa. Later on, I joined the band Tropical Caliente. We played Latin Jazz. With this band, I learned how to master elaborate chord structures and changes, and had my first experience in the recording studio. Then a performance by the late MICHAEL HEDGES inspired me to experiment with alternate tunings and finger picking on acoustic guitars. My original songs are mostly finger style.

As an acoustic solo performer, I have played an eclectic blend of original instrumental compositions and my own arrangements of popular tunes. Each show is a blend of my deep roots in Rock & Roll and the earthy sounds of the acoustic guitar.

LISTEN to samples of my original compositions:

All samples were recorded at:
Northern Lights Studios

I have always been a Rock & Roll guitarist. Since 1977 I have been performing in bands of all types. Through the years I have played straight-up Rock, Prog Rock, Power Trio, Jazz-Rock-Fusion, Motown, Grunge, Latin-Jazz, Smooth Jazz, Classic Rock and Country.

In recent years I played in the band Hot Zone, performing a mixture of Funk and Rock & Roll cover songs and originals.

Listen below to some songs from my latest project:

As an acoustic guitarist experienced in performing background music, I offer a unique sound that is contemporary, melodic and sophisticated. My unique instrumental interpretations of well-known melodies provide the perfect backdrop for all types of occasions including corporate parties, wine tastings, wedding receptions or at fine restaurants.

I took lesson’s from Robert when I was just 7 years old, and continued until I was 14. I couldn’t have asked for a better teacher. I know that I was not the easiest to deal with, yet his patience was enormous. His teaching style and methods helped me to become a musician that has toured the world in 3 different bands. To this day I am still learning from him even without taking any lessons. Robert himself is an awesome guy, and an amazing guitar player.